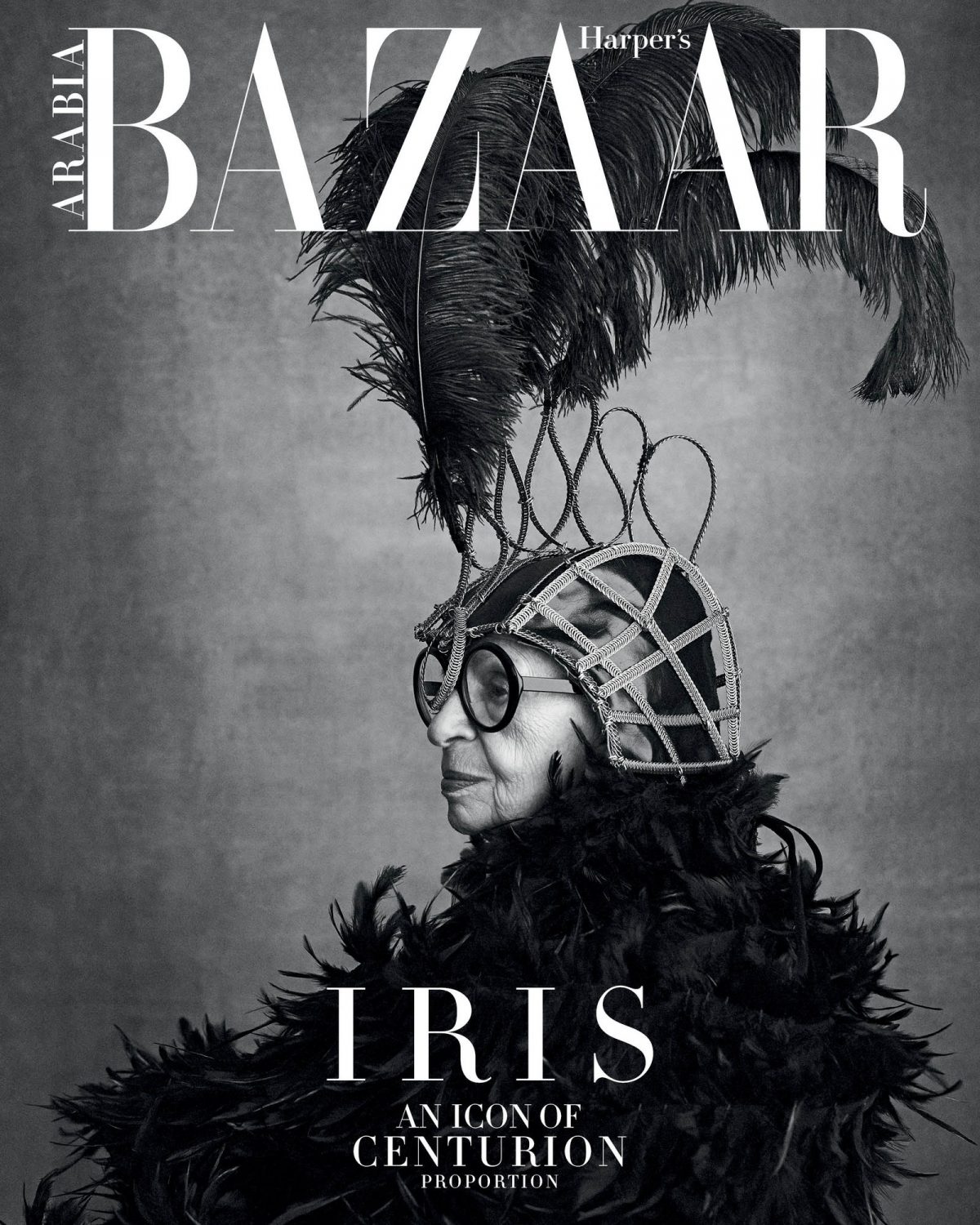 Styled In All-Arab Designers, Iris Apfel Celebrates Her Birthday And Shares Her World-Famous Wisdom On Turning 100

“What’s this material?” Iris Apfel asks me late into the night before our crack-of-dawn shoot the next day. After weeks of prepping, I’m utterly exhausted, but Iris – true to form – is still going strong.

Before meeting us on set, she had spent her morning working out, trying on clothes, finalizing her interior design collaboration with Lowe’s and taking press calls. More than most people accomplish in a full 24 hours, let alone someone enjoying their twilight years. Frankly, it’s hard to keep up with her.

She’s laid out a mere fraction of her famously vast trove of accessories on tables dotted throughout her West Palm Beach home; an overflowing shrine to eclectic treasures collected over the decades. The hallowed jewels are on display, candy-like and enormous, so that Iris can hand-select pieces for each look she’ll be shooting. Many are marked with different stickers, headed to various museums and galleries across the globe to commemorate her milestone birthday; one hundred years old. An entire century of Iris. A glorious achievement for anyone, but something that feels all the more auspicious for, by her own admission, the world’s oldest living teenager.

When Iris and I catch up a few weeks after the shoot, COVID cases are on the rise in Florida and a booster shot has been recommended by the government. I ask how she’s processing the continued pandemic when she reminds me that it’s not her first public-health fiasco – she was in Italy during their cholera epidemic many decades ago; it’s why she still refuses to eat raw meat. As for COVID, she clearly didn’t just survive, but thrived during quarantine working from home and is – characteristically – unfazed by the need for a booster. In the meantime, she’s enjoying the limited freedoms made available to her by being vaccinated and simply hopes that she and those around her stay healthy. She’s a beacon of hope, and – just as importantly – a continuing beacon of style.