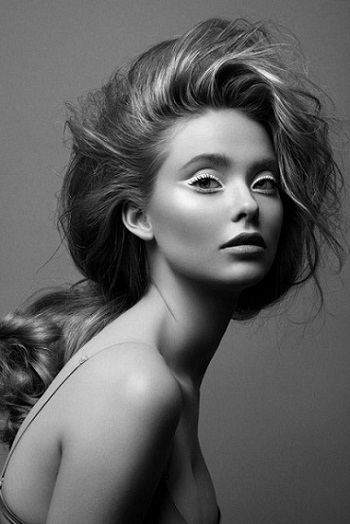 Camera technique is as much a part of great camera acting as any of your other acting tools (voice, body, props, backstory, objective beats, creating your reality). Acting on-camera involves understanding how to communicate through pictures.

Let’s start with the basic premise that camera is mostly about pictures. Film is very pictorial. Think of film as a comic book instead of a novel. You look to the pictures first and then to the very few words in the bubble to get a bit more understanding. Knowing how important the visual is on film, it’s important to know how your own face comes across on the camera.

Get in front of a mirror or, better yet, a camera, and get a very close-up shot (head and shoulders). You can even use your smartphone to record or take still photos. Slowly change directions and angles of your face to see how it reads on-camera. Turn your head slowly from one side to another in each direction. Tilt it from side to side. Bring your chin slowly down and slowly up. Look at your face as if it were a painting to see what makes a more interesting picture. Some angles might make you look harsh. Some may make you look sweet.

We all have a better side to our face for pictures, too. My sister, Morgan Fairchild, is facing the same direction on many of her magazine covers. She also often poses straight ahead with her chin slightly down (I will address why this is a good angle farther along)

Check out your smile:

I bet Brad Pitt knows his best angle for that winning smile he has. Marilyn Monroe totally changed her smile and worked on smiling with the corners of her mouth down instead of up. Yep, that iconic smile was a technique that she mastered. Many of you have a great natural look. I am not saying to plasticize yourself into something you’re not, but you do want to present yourself at your best.

Pay attention to your chin:
This is our favorite tip.

REESE WITHERSPOON WORE A BLAZER AS A DRESS ON THE EMMYS RED CARPET
This year's Emmys red carpet did not disappoint. From Millie Bobby Brown's stunning ballerina-inspired gown to Zoë Kravitz's rainbow-colored dress, see all the best red carpet looks here.Among the ...