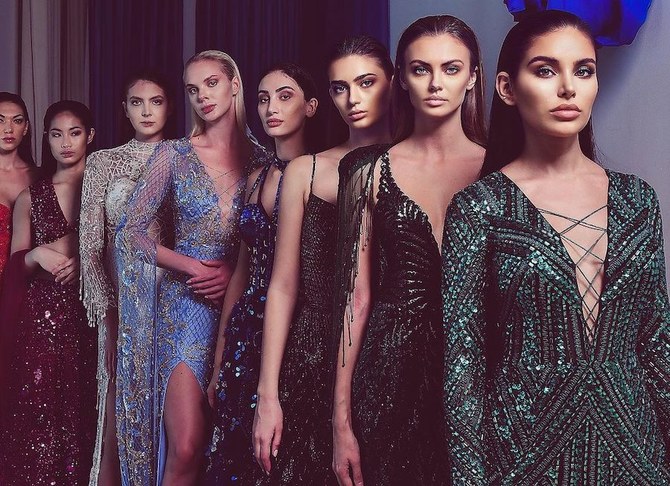 Arab Fashion Week is back once again. Took place in Dubai Design District from March 24 to 28 2022. The five-day event showcased both men’s and women’s wear. On offer is a busy schedule of UAE and international fashion labels, bringing a mix of ready-to-wear and made-to-order couture.

Given the UAE’s love for dressing up, it is only fitting that there will be a wide array of designers specializing in evening and bridal wear, including Egyptian designer Maram Borhan, Italian Designer Barbara Rizzi, sultry glamour by Ihab Jiryis from Palestine, as well as famous gowns by both Michael Cinco and Amato, who have both dressed many famous women around the world.

Presenting more than 25 autumn/winter 2022 collections, it will truly be an international lineup. This includes many returning names to the event, including Lebanese brand Emergency Room, which will present looks made purely from deadstock, plus Mada’En from Jordan, which will bring its hand-adorned pieces.

also from the region is Saudi Arabian label Death By Dolls, whose love of fringing, sparkle, and trinkets charmed a new audience, while the familiar names of SemSem and Bouguessa — both long standard pillars of the UAE fashion scene — brought new collections to a loyal audience.

From further afield, there was the feminine frills from Poland's Poca & Poca, joined by country-mate Gosia Baczynska, whose extraordinary use of patterning and cutting skills with no doubt won legions of new fans.

Another dazzling collection was showcased by Weinsanto, who as this season's guest designer from Federation de la Haute Couture et de la Mode — the body behind Paris Fashion Week — brings his vivid colors and exaggerated shapes. Other designers who also showcased their collections include Francesca Liberatore from Italy, Algerian-born Ilyes Ouali, and the UAE's American Rag.