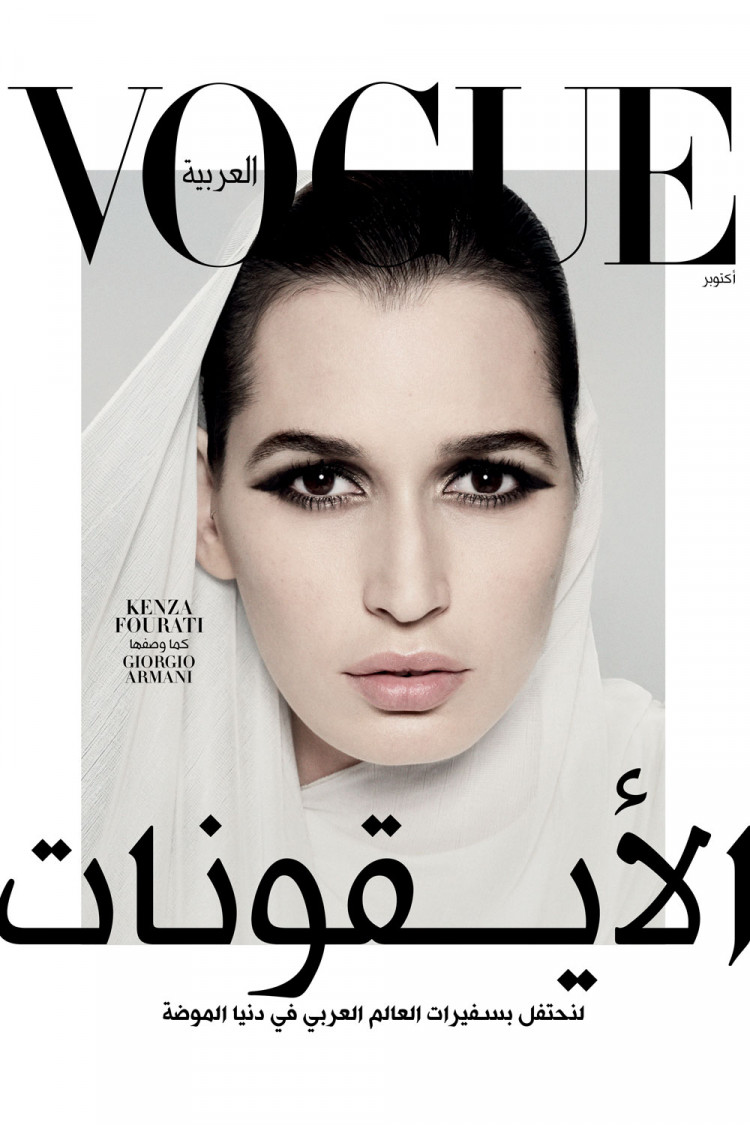 She may be known as a top model, who has travelled the world for shoots in leading publications like "Vogue," "Elle" and "Sports Illustrated," but there’s so much more to Kenza Fourati Mohyeldin. The Tunisian-French beauty didn’t let a burgeoning career, which took off after competing in a global modelling competition when she was 15, stop her from studying French Literature and Arts at the Sorbonne University. She even went on to get two other degrees focusing on film making and acting from Kingston University and the New York Film Academy. What’s more, she’s a multi-lingual dynamo who is passionate about people’s rights, environmental abuses and social entrepreneurship.

For the past couple of years Kenza, who has also walked the runways for renowned labels like Giorgio Armani, Chanel, Dior and Jean Paul Gaultier, has been on a mission to promote cultural heritage, protect traditional craftsmanship and nurture artisans’ creative expression. The New-York based Kenza, who works with prominent modelling agencies Wilhelmina and Elite Model Management, is doing this through lifestyle label O S A Y (Our Stories Are Yours).

The project Kenza co-founded with Simone Carrica, an Argentinian-American entrepreneur she met in high school in Tunisia, celebrates emerging talents and helps them cross the barriers they encounter while entering the market. Whether involved in apparel, accessories or beauty products, the Tunisian, Mediterranean and Middle Eastern brands are determinedly ethical and socially inclined. “We want our products to reflect values that inspire others and through shared stories to bridge cultural gaps from a region that is too often misrepresented and misunderstood.

In the past, Kenza, who is married to MSNBC anchorman Ayman Mohyeldin, designed a ByKenz collection in collaboration with Tunisian artists to denounce the violence against them after the revolution. The mother-of-two was actually an outspoken figure against the fallen regime and became a Human Rights Watch spokesperson. She has also been involved with the Edeyo Foundation, Darna Tunisia, the Model Mafia and The Model Alliance, with the last two aiming to protect models.

As well as publishing articles in “Vogue” Arabia and “Impression,” Kenza penned several interviews with inspiring women from different backgrounds for “Vogue” Italia’s “Women of Integrity” portrait series. The series was featured in a 2014 exhibit at Spring Studios during New York Fashion Week.